I backed the Double-O bike light Kickstarter project and use them for a while now. This is my verdict:
TL:TR Highly functional light with clever features, some teething problems
If you like to ride through the unlit woods at night, Double-O isn't for you, but that would.
It is a commuter light with a rather clever design. 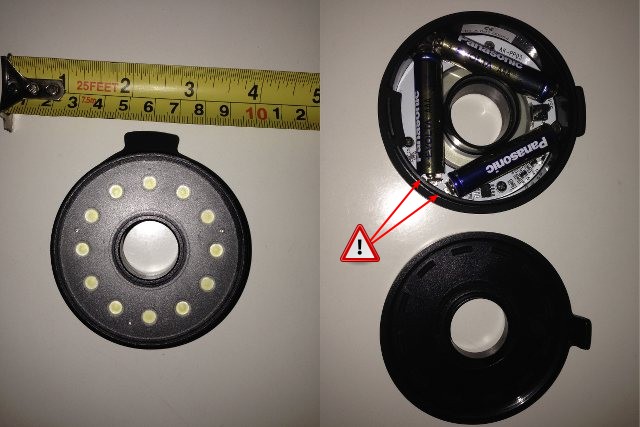 The original specifications proposed to use USB chargable fixed batteries and a magnetic fix for the light. The rechargable option was abandoned in favour of longer lasting standard batteries (and rechargeable battery in the Kickstarter delivery). While I generally understand the design decision for a general market offering, I would have found USB charging suiting my personal style (I'm used to have a zoo to be charged after my rides: The Garmin, the Bluetooth entertainment, the phone and the helmet).
The rubber band to fix the light at the bike works and it more efficient to produce, but the magnet solution has a way bigger cool factor. Also: When there's no pipe (read saddle stem) available or you want to fix it at your pannier rack, the rubber isn't the best fit. Eventually Double-O might release the fixtures design files, so I can print one for my purpose.

The battery holding mechanism (see the picture above) is flimsy. For a hipster ride that might be sufficient, but in a little rugged environment where I ride (kerbstone jumps, potholes, very uneven surface, the occasional trail) the vibrations make the batteries move, in my case even to the extend of bending the electrical contract latches. The batteries loose contact and the light goes off (or won't switch on).
I haven't found a solution, but I'm contemplating using a rubber ring around battery and latch or hold the pieces in place using a little dense sponge rubber.